A More Advanced Look at Torque

Above we looked at the simplest form of torque. That example had all the weights on a level balance. The general way to calculate torques on a balance is as follows: 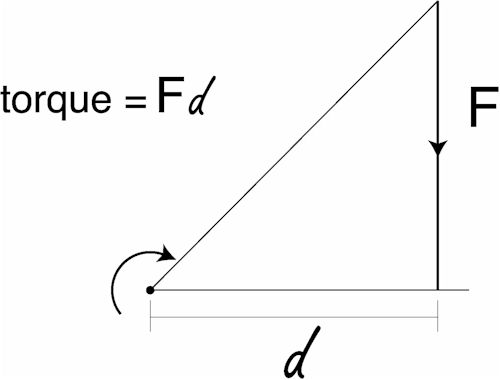 13. A board with five equally-spaced holes is hung by a string strung through the middle hole. The other holes have strings tied to them with weights hanging on each string. The amount of each weight is shown. What’s going to happen to the board: will it tilt to the left, tilt to the right, or stay level?