Build a large semicircle of track, as shown below. Take special care to make sure the joints are smooth. 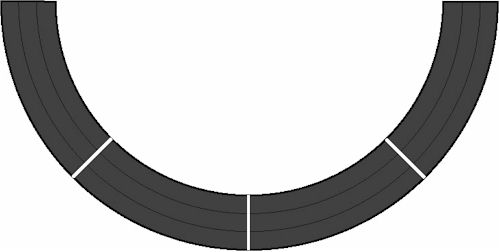 Place the semicircle so that it is almost flat. Rotate it slightly so that the lowest point is directly between two joints. 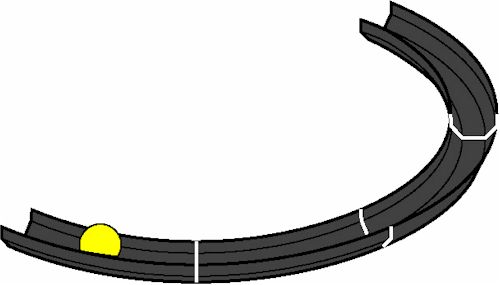 Now, put a ball on the track slightly away from the middle and watch it oscillate back and forth until it stops. Does this remind you of a pendulum? Measure how long it takes for the ball to go back and forth once (you might measure the time for 10 oscillations and then divide this number by 10). Does this time change as the oscillations become smaller and smaller?

Set up your pendulum switch (if your set has one) and rock it back and forth until it stops. Again, measure the time for one oscillation. Does this time change as the oscillations become smaller and smaller? Do you see anything similar between the two situations?

Actually, both cases are very similar. They are both cases of what physicists call simple harmonic motion.

I won’t work it out here, but the time for one oscillation of a simple pendulum made from a weight and a string is: 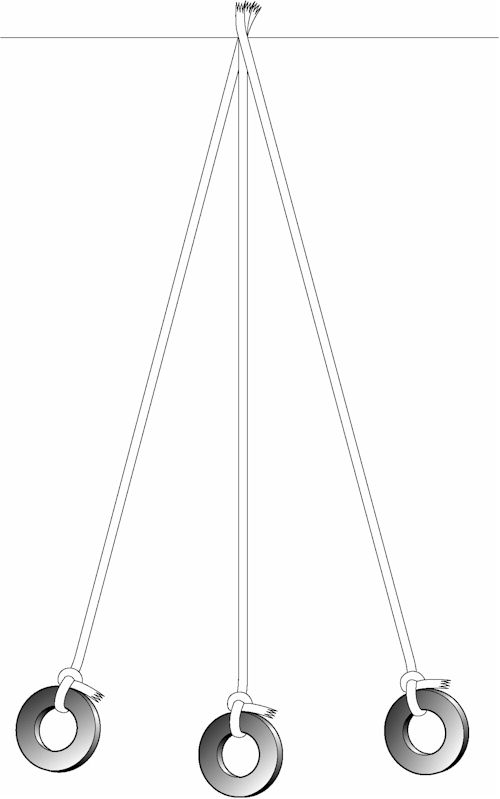 The time for one oscillation of the ball on the track is worked out below (but requires very advanced math) and is:

The important thing to notice about these equations is that neither one depends at all on the mass of the ball. A heavier ball will roll back and forth at the same speed as a light one. The only things that affect the speed are distances. In the case of the simple pendulum, the only thing that matters is the length of the string. For our ball on the track, both the radius of the curved track and the radius of the ball affect the time for an oscillation.

Perhaps the most important thing to notice about the rocking ball is that as the height of the oscillations gets smaller and smaller, the time for an oscillation stays the same. Amazing! And it can all be explained with Newton’s laws of motion.

Here’s the explanation, but it requires a lot of math (differential equations):

Look at the following diagram of the situation: 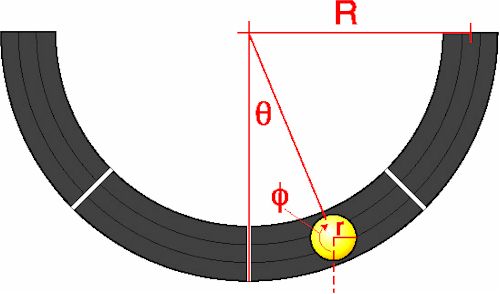 phi = angle of rotation of ball

F=ma can be expressed in rotational form as T = I(alpha), where T is the torque, I is the moment of inertia, and alpha = d²(phi)/dt².

Here, we take our center of rotation to be the point where the ball touches the track. Then T = -mgsin(theta). I for the ball is (2/5)mr².

substituting for theta we have:

This is a differential equation whose solution is: