Energy comes in a lot of different forms. When you think of energy, you might think of things that you use every day at home. Yes, energy is used to power the light bulbs, refrigerator, microwave, and every other electric appliance in your house. Energy is also in the gasoline that powers your car. Energy is in the food you eat. Electricity, gas, and food are all substances that contain energy, but it’s a little hard for us to actually see the energy in them.

In this activity, we’re going to explore the relationship between potential energy and kinetic energy. No, we’re not going to drop anything off the roof! Instead, we’ll build an Energy Bank, where you can come to exchange potential energy for kinetic energy or vice-versa, all before your very eyes. The Energy Bank has two devices: the first one is a pendulum, just like the kind that you see in an old clock. We’ll just call this “The Pendulum.” The second type will look more like a flying saucer, so we’ll call it “The UFO.”

Assemble the structure shown below. 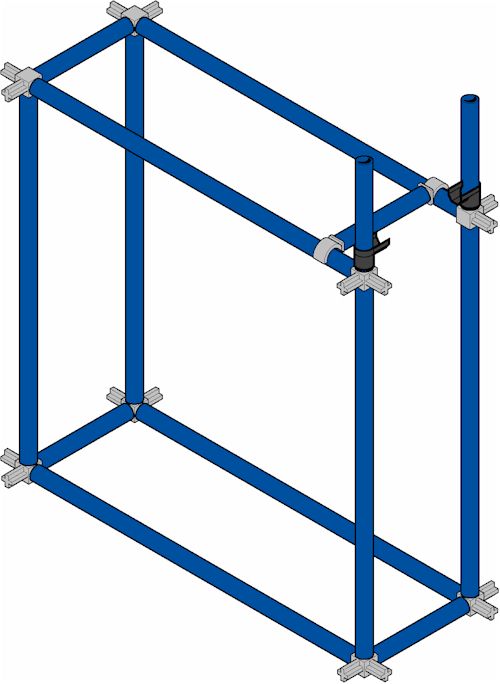 The UFO is a little trickier to make. First, slide three short support clips onto each support arm, and snap the support arms onto the bottom of the vortex like this: 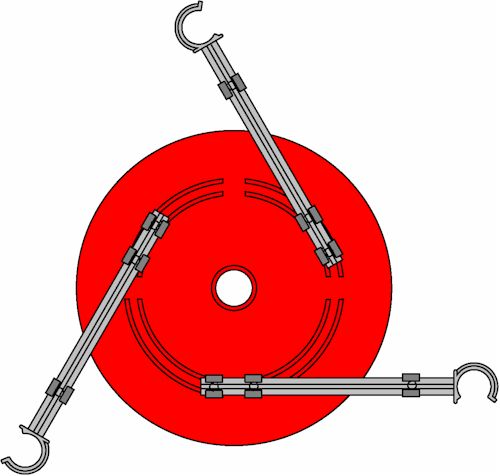 Now snap together the four wide, 90-degree turns to make a circle. Then just snap the circle onto the support arms like this: 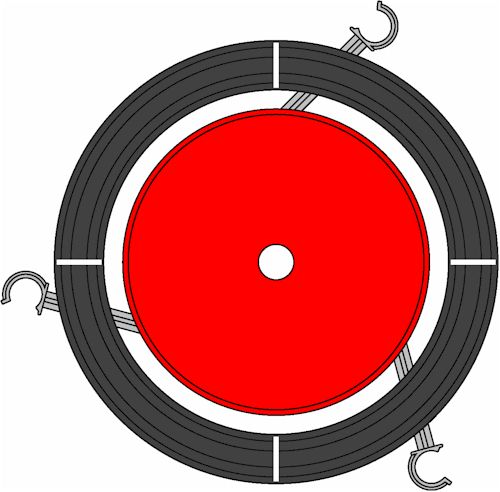 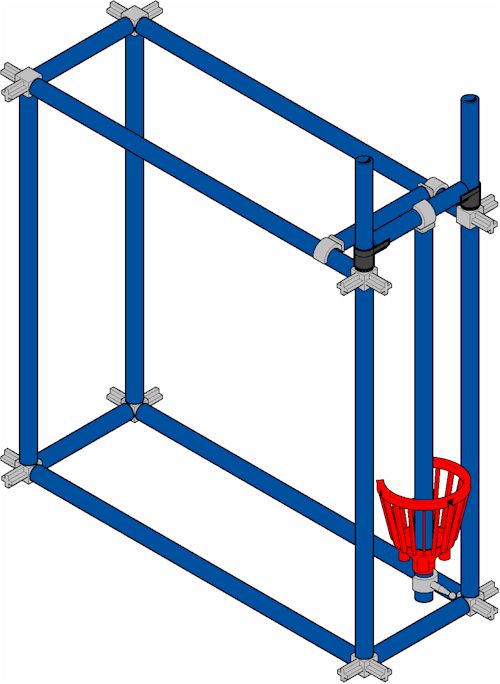 In order to make the UFO “fly,” tie a thread to the circular track, loop it up around the five-way joint, and tie it to the other side of the circular track. Make sure the UFO is hanging by the thread, not resting on the bottom of the frame. 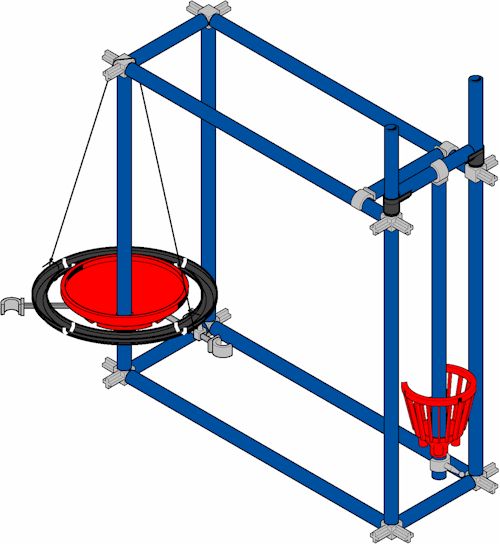 Pendulums are used in clocks because they have one very special quality: it doesn’t matter how far they swing, they will always swing the same amount of times per minute! You can prove it by saying “tick-tock” as the Pendulum swings. Ask a friend to listen to you for a little while and then tell you if your “tick-tocking” ever got faster or slower. Chances are, you’ll be tick-tocking at exactly the same speed, no matter how far the Pendulum swings! The only way to change how fast it tick-tocks is to move the catch basket up or down on the tube. Try it out. When the basket is near the top of the tube, does the Pendulum tick-tock faster or slower?

Now let’s try out the UFO. To make the UFO fly, just spin it around until the thread winds around the tube all the way. Now let it go! It should spin one way, then spin the other, and so on until it comes to a rest. Does it remind you of the Pendulum at all?

Remember how the Pendulum would “tick-tock” at the same speed regardless of how far it swung? Do you think the UFO will do the same thing? Try it out. Say “tick” as the UFO starts spinning one way and “tock” as it starts spinning the other way. Have your friend listen closely to see if your tick-tocking gets faster or slower. What happened? Would you want to buy a clock that used the UFO to keep time?

So energy is never destroyed or created, right? It can only change from one form to another. But if that’s true, why do the Pendulum and the UFO stop after a while? When they stop, you know they don’t have any potential energy left because they always stop at the lowest position. And you know they don’t have any kinetic energy left because they’re not moving. So where did all the energy go? What actually happened is that the energy got changed to heat. The plastic pieces rubbing against each other actually got a little bit hotter, although you can’t feel it because they didn’t get hotter by a noticeable amount. But the energy was still there.

As for why the Pendulum “tick-tocked” at the same speed while the UFO didn’t, don’t worry about that. It would take some pretty difficult math to explain it. But now at least you know why pendulums are used in clocks!

1. Name two things that you might see on a playground that change potential energy into kinetic energy. (a slide and a swing).

3. Now Eagle Eddie looks down at Speedy Steve and his friends. Thanks to his eagle eyes, he can see Steve and his friends pointing their fingers at him and laughing! They obviously think it’s funny that Eagle Eddie’s airplane is only going 50 miles per hour. Eagle Eddie thinks they’ll stop laughing if he can get his airplane to go faster than Speedy Steve’s car. His engine is already at full power, but he thinks there must be another way to go faster. What should Eagle Eddie do?